Zeolite is used as Animal Feed Additive for Poultry,that increased feed efficiency and decreases ammonia levels in the poultry houses

The Effect of a Natural Zeolite on Health and Nutrition 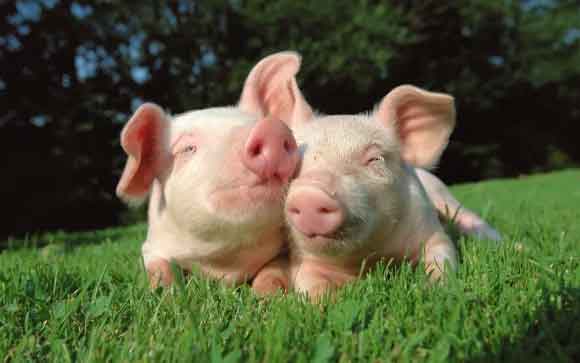 More and more published data shows evidence for the best dietary benefits of natural zeolites to pigs and piglets. In many cases, clinoptilolite zeolite are credited with reducing the instances and severity of diarrhea and intestinal disturbances. Also, the water adsorption properties of the natural zeolite mineral lead to drier and more compact feces.

Zeolite’s ability to bind ammonia and ammonium is linked to overall improvements in the health and performance of swine. In the feed journal, studies linked clinoptilolite to reductions in ammonia concentrations in blood serum. The weight of organs involved in metabolizing ammonia (e.g. liver) is reduced more effectively when lowered concentrations of ammonia in the gastrointestinal tract.

During a study that evaluated the use of zeolite in pig’s diets over an 80-day period, researchers were excited to find that the weight gain of young and mature animals was 25% greater than those receiving a standard diet. Findings also reported that “feed supplemented with zeolites gave rise to feed efficiencies about 35% greater than those of normal rations when fed to young pigs and 6% greater when given to older animals”.

The researchers suggested that zeolite-feed animals experienced a more efficient conversion of feedstuff nitrogen to animal protein nutrition and that the digestive process was more thorough. Finally, the presence of zeolite in swine rations contributed to the well-being of the animals. The death rate and instance of disease were significantly lower for animals fed a diet containing 6% clinoptilolite.

Researchers conducted two tests to examine the effects of clinoptilolite zeolite as a feed additive for swine. The first experiment examined the ammonium binding potential of zeolite in a simulated digestive tract and found that the mineral remains stable, even at a pH of 1.5.The second test examined four clinoptilolite levels (0, 2%, 4%, and 6%) added to 2 standard feed qualities. The findings indicated a 5% improvement in feed digestibility using 4% clinoptilolite, regardless of the weight category of hogs involved in the test.

In addition to promoting swine health in digestive tracts, researchers found that zeolite can also protect animals against the effects of mycotoxins found in feed. Zearalenone, a potent estrogenic metabolite, is a toxin that is found on crops like corn, barley, oats, and wheat. It causes considerable concern to livestock producers of swine because it causes infertility, miscarriage, and breeding problems, particularly in swine populations.They found that when a clinoptilolite supplication at a rate of 2% was fed to pregnant sows, the mineral appeared to play a protective role against the effects of the toxin. Over the course of the study, we observed improvements in all indicative reproductive performance traits.

Zeolite for Animal feed Natural Zeolite and the Prevention of Scours

The data reported that the addition of zeolite to the diet of piglets afflicted with scours reversed the symptoms within several days. In one test, piglets were fed a diet containing 30% zeolite for 15 days followed by 10% zeolite for the remaining part of a month-long trial. The severity of symptoms decreased immediately and after 7 days, feces were hard and normal. Researchers did not observe health implications caused by high consumption of zeolite and all piglets regained healthy appetites after recovering from the disease.

While zeolite significantly improves the health of piglets afflicted with scours, a study conducted at the livestock experiment station found that it is possible to prevent the disease by feeding pregnant sows 400 g of clinoptilolite each day. The trial spanned a period from conception to the end of a 35-day weaning period.

Study conclusions linked the central benefit of clinoptilolite zeolite to gut health and the promotion of intestinal immune cells. Growth performance remained on par with piglets who were not fed a zeolite-supplemented diet.

Researchers reported that the vitalizing effect of zeolite is transferred from mother to offspring and increased the growth rate and weight gain of piglets through the weaning period. The test animals weighed 65 – 85% more than others by the end of the weaning period. Also, the piglets in the test group suffered almost no attacks of scours, while other piglets born at the same time were severely afflicted.

Post-weaned piglets can experience infection or inflammation in the small intestine because of low enzyme activity, a condition that is usually accompanied by diarrhea. Engineers found that clinoptilolite zeolite can adsorb dietary substances linked to intestinal hypersensitivity and restore digestive enzyme activity.

When zeolite was used as a feed additive, newly weaned piglets experienced fewer occurrences of diarrhea syndrome. As an alternative to dietary antibiotic growth promoters, researchers have examined clinoptilolite zeolite on growth performance, gut health, and intestinal immune cells. One study examined a group of piglets who were fed a diet supplemented with clinoptilolite for five weeks. findings indicate that their diarrhea severity score was 12.96% lower than non-treated piglets.