Ammonia Removal by Natural Zeolite Clinoptilolite,zeolite is not only capable of removing ammonia from wastewaters, it can also be reused time and time again.

Today, all people enjoy beautiful life and focus more on the environment of the agriculture food, house, and body health. Many families spend a lot of time growing fruit and vegetables in the garden, but people also found strong ammonia sell in household products and agricultural fertilizers. They want to find the source of the ammonia smell in the house or outdoor and know more definitions and safety uses of ammonia in past many years. Ammonia and heavy metal cations pose serious health and environmental risks. 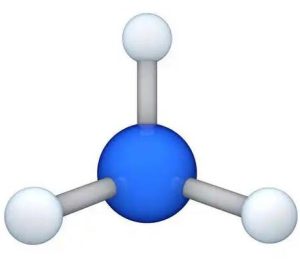 The chemical formula of ammonia is Nh3 called a compound of nitrogen and hydrogen. The different properties and structures of ammonia contain solid ammonia, gaseous ammonia, and ammonia liquid. ammonia molar mass is 17.031 g/mol and the boiling point of Nh3 is −33.34 °C.

It occurs in nature and is primarily produced commercially via the catalytic reaction of nitrogen and hydrogen at high temperatures and pressure. Ammonia’s main use is in agriculture fertilizers, plant was grown by using many ammonia fertilizers in the soil. It is well effective work in soil nutrition.

Therefore, when the nitrogen and ammonia in water are increased, it refers to the compound nitrogen in the form of ammonia or ammonium ions. Ammonia nitrogen is a nutrient in water, which can lead to water eutrophication. It is the main oxygen-consuming pollutant in water and is toxic to fish and some aquatic organisms.

How to Adsorb Ammonia in Water

Researchers have determined that natural clinoptilolite zeolite is selective for these cations, meaning that it will absorb and bind them in its honeycomb structure even in the presence of larger amounts of competing cations. In addition, zeolite forms strong bonds with ammonia and heavy metals that are difficult to break. This prevents the leaching of contaminants into the environment. urface water, groundwater, and wastewater contain many pollutants, including inorganic and organic compounds, that are hazardous to humans, animals, and plants.

One of the most potent pollutants is ammonia because it contributes to accelerated eutrophication of lakes and rivers, dissolved oxygen depletion, and fish toxicity. The main mechanism that accounts for the adsorption of ammonium ions onto natural zeolites is ion exchange.

The adsorption capacity of clinoptilolite is between 2 – 30 mg NH4+/g. Scientists have also found that some treatments, including the exhaustion and regeneration cycle, increase adsorption capacity. Essentially this means that zeolite can be reused time and time again and that its capacity to remove ammonia increases over time. Bolan et al. (2003) tested the effect of clinoptilolite on the removal of ammonium from wastewater streams. Prior to application, the mineral was treated with alkali solutions, and the cation-exchange capacity increased by up to 74 percent. zeolite held up to 18.7–20.1 mg NH4+/g.

After zeolite minerals were cation-loaded, the mineral could be regenerated and reused by leaching ammonium ions with 0.5 M of hydrogen chloride. The leaching process did not impact zeolite’s adsorption capacity and the minerals remained effective after 12 regeneration cycles.

R&D engineers examined the use of clinoptilolite as a cationic exchanger to remove ammonia from wastewaters. The results indicated that clinoptilolite had a significant increase in performance after cycles of exhaustion and regeneration; regenerated clinoptilolite showed a maximum adsorption capacity of 450-bed volumes. Again, the results demonstrate that zeolite is not only capable of removing ammonia from waters, and it can also be reused in aquaculture and aquarium time and time again.

It is the best idea for ammonia solution by using natural zeolite clinoptilolite. Now it may be used as a transportation fuel, and this greener use is successful for ammonia charge. If you want to know more information, we suggest finding more TDS and MSDS of ammonia on the internet.