Zeolite is used as Animal Feed Additive for Poultry,that increased feed efficiency and decreases ammonia levels in the poultry houses 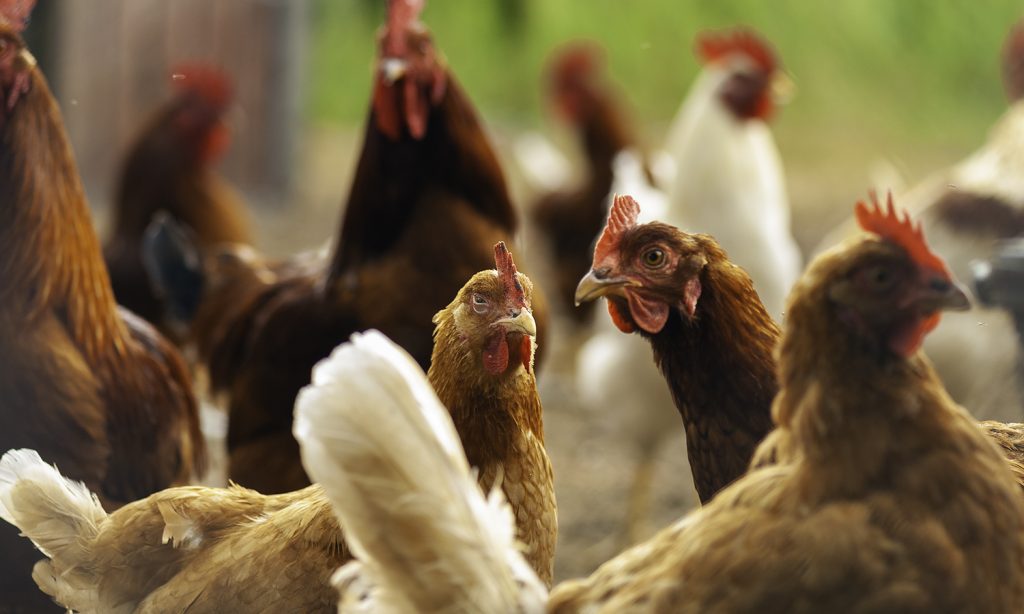 Evidence and data collected by researchers indicates that zeolite as deodorizer is a successful odor control agent because of its ability to absorb and adsorb liquids, gases, and suspended matter. Essentially, the mineral serves as a sponge that drinks in liquids (absorption) and in the process, matter and gases adhere to the surface of internal pores (adsorption) (Hogg, 2003). These two properties work together to combat odors in animal litter areas.

Ammonium (NH4+) in liquid and solid wastes is constantly undergoing conversion to ammonia gas (NH3). Zeolite controls odors by absorbing moisture from waste and adsorbing the ammonia produced by microbial activity on the liquids (Hogg, 2003). As an added benefit, natural zeolite improves the quality of manure that is used as a fertilizer because it prevents the loss of plant available nitrogen that is released from solid waste when ammonia vaporizes (Meisinger et al., 2001). Instead of being lost to the atmosphere, nitrogen is instead returned to the soil.

Natural zeolite is a non-toxic, environmentally friendly product and is safe for use in areas that are occupied by trainers and staff, and animals (Hill, 2012).

Over the past three decades, researchers have examined how natural zeolites can be applied in barns and feedlots to combat odors and reduce ammonia levels. Odors emitted from these environments often result from ammonia and sulfur compounds that generate from manure handling or storage facilities (Lemay, 1999). Ammonia poses additional challenges because of the stress and irritation it causes to reparatory tracts and mucous membranes, both of which can compromise the overall health of livestock, horses, and poultry (Ullman et al., 2004).

A study by Mumpton (1985) found that spreading 25 tons of zeolite per month on the floors of a swine- raising facility absorbed excess liquid waste and reduced the moisture content of excrement. Buildings were described as dry, clean, and significantly less odorous.

Koelliker et al. examined the use of zeolite in poultry houses to reduce ammonia concentrations in the air. Essentially, the researchers constructed a device that allowed them to pass ammonia-laden air over six stacked trays holding fine (1.17 to 2.36 mm) and coarse (2.36 to 4.70 mm) zeolite beads. The device removed 15 to 45 percent of ammonia in a contact time of 1 second (Ullman, 2004).

A study by Kithome et al. (1999) also found that zeolite is effective at reducing ammonia vapors. The researchers added natural zeolite (38 percent weight) to poultry droppings and yielded a 44 percent reduction in ammonia loss. As an added benefit, the droppings treated by zeolite contained higher nitrogen levels, as it was not released from the waste in the form of ammonia (Ullman, 2004).

Karamanlis et al. (2008) fed a group of 5,200 broiler chickens a basil diet supplemented with zeolite and also mixed zeolite with sawdust used as bedding material. The objective of the study was to examine the effect of clinoptilolite on the performance of broilers and on the quality of their litter. Results indicated that chickens on the zeolite diet and bedding grew at a faster rate (p<0.05) and scientists noted a decrease in the level of organic content in litter samples. Overall, the mean ammonia concentration in litter was significantly lower when compared to other groups of broilers. Researchers concluded that the incorporation of clinoptilolite in feed and bedding had a positive effect on growth and the quality of litter (Karamanlis et al., 2008).

Because zeolite absorbs liquids, the minerals do not become slippery when wet, which is an important safety feature in any structure that contains wood floors or solid rubber mats (Hill, 2012). Zeolite’s absorption capabilities also create efficiencies when cleaning barns or stalls; it is not necessary to completely dry out facilities when using zeolite as the mineral absorbs moisture and odors upon contact. To control odors between cleanings, zeolite can be sprinkled on observed wet spots or excrement. Zeolite is nontoxic to people and animals; it does not cause harm if it is ingested, touches the skin, or comes into contact with the eyes (Hill 2012). The mineral is “nonflammable, environmentally friendly, and can be safely handled around water and feed with bare hands, which is especially nice for those who suffer from chemical sensitivity” (Hill, 2012, p. 46).